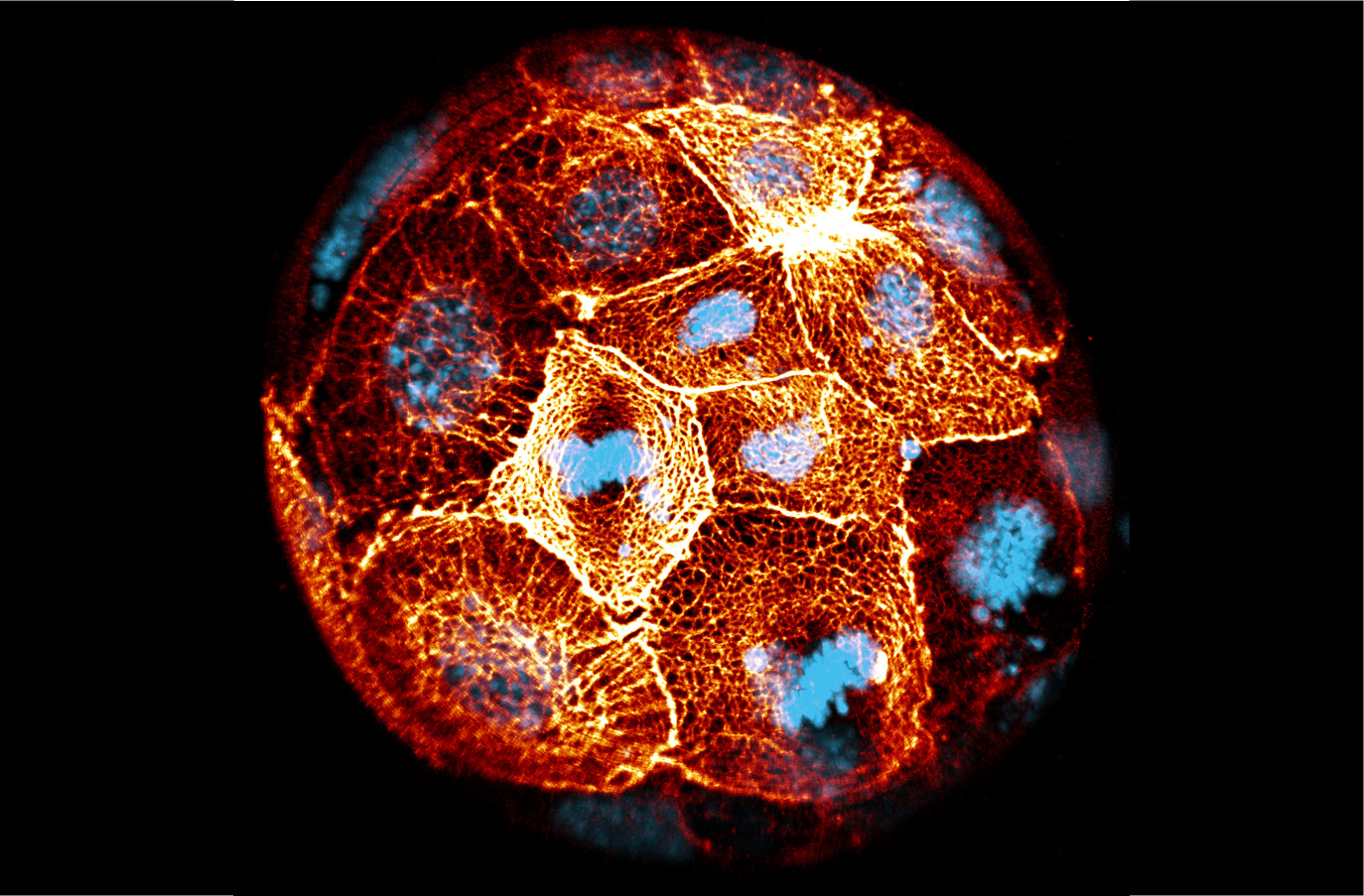 Recent preprints and publications from IRM researchers. This month: a path toward scar-less healing, physical drivers of cell fate, factors that influence fracture repair, and a method to follow a cell’s RNA through time. (Image from Plachta lab)

Mammals tend to repair wounds by forming scars. While helpful for preventing further injury or infection, fibrotic scars don’t have all the cell types normally found in skin, resulting in changed appearance and function. Researchers in the Leung and Cotsarelis laboratories have demonstrated that topical imiquimod, a cream used to treat skin cancer and warts, can prompt mice to skip scarring and initiate regenerative healing instead. Their results suggest that imiquimod activates TRPA1, a nociceptor (“pain receptor”) that in turn induces an immune response mediated by γδ T cells essential for scar-less healing. These results set the stage for clinical trials in humans. (Science Immunology; read more in Forbes).

Keratin helps embryos sort inside from outside

Every cell in the body ultimately comes from the embryo. But how mammalian embyonic cells choose the right “fates,” ensuring that the right cell types wind up in the right places, is still an open question. A new paper from the Plachta lab provides evidence that keratins, a family of proteins that provide cells with structure, act as markers of an important cell fate decision. The team used live cell imaging to show that keratin appears in only certain cells at the 8-cell stage. These keratin filaments are then inherited by a subset of daughter cells after cell division, imbuing these cells with structural “memory” that positions them on the outer edge of the embryo. As development progresses, these outer cells become the trophectoderm, a layer of nourishing tissue that later forms the placenta. (Nature; read more in News and Views).

As anyone who has suffered a major accident can tell you, bone healing is a remarkable process. In response to fractures, progenitor cells in the lining (periosteum) of long bones kick into gear, expanding in number and differentiating into cartilage- and bone-producing cells. A new paper from the Boerckel and Qin labs demonstrates that two transcription factors, YAP and TAZ, are required for proper osteoblast (bone-forming cell) development in response to injury in mice. By selectively controlling YAP and TAZ expression during mouse development and adulthood, the researchers showed that these proteins are required for both the expansion of periosteum progenitor cells and their differentiation into osteoblasts after fracture. In contrast, YAP and TAZ loss in adult mice had little effect on cartilage formation. Future work will help researchers develop therapies for fractures that don’t heal properly. (Journal of Bone and Mineral Research)

Sorting new RNA from old at the single cell level

Information about a cell’s mRNA is very insightful. With it, we can see which genes are turned on or off and link these patterns to unique cell types and states. Unfortunately, standard methods for gathering these data provide only snapshots in time, preventing closer analysis of ever-changing mRNA levels. To overcome this limitation, the Wu lab and collaborators adapted several labeling, sorting, and chemical techniques into “single-cell metabolically labeled new RNA tagging sequencing,” or scNT-seq. After showing that scNT-seq can distinguish newly transcribed from pre-existing mRNA, the team turned scNT-seq loose to see how stem cells regulate mRNA during transitions between states, including rare totipotent two-cell embryo (2C)-like stem cell states. The researchers hope scNT-seq will help others understand highly dynamic biological systems. (Nature Methods)