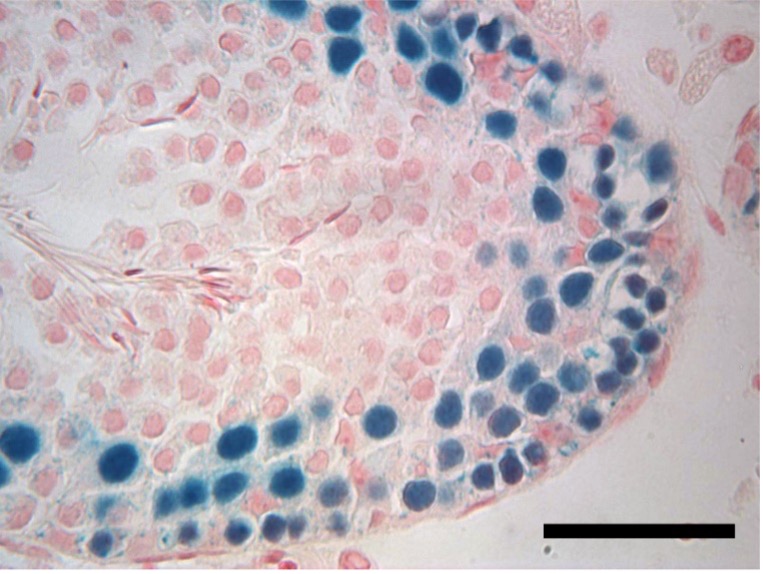 The rate of survival for childhood cancers has increased dramatically in the last several decades, but a serious side effect of treatment is diminished fertility later in life. A potential treatment for boys facing cancer treatment would be to harvest, freeze, and, after the cancer is cured, reimplant their testicular tissue, which contains stem cells that could give rise to sperm.

What happens to that tissue, however, when subjected to the long-term freezing that could be necessary, has remained unclear.

A new study in rats led by University of Pennsylvania School of Veterinary Medicine researchers has shown that male testis tissue that is cryopreserved can be reimplanted after more than 20 years and will go on to make viable sperm. The work, led by senior research investigator Eoin C. Whelan, was published in PLOS Biology.

While the long-frozen testicular tissue could produce sperm, the team found that the long delay did come with a cost in reduced sperm production compared to tissue that is only briefly frozen. The results may have important implications for treatment of prepubertal boys with cancer, for whom chemotherapy may be preceded by harvesting and freezing of testicular tissue for eventual reimplantation.

“The glass-half-empty way of looking at this is that stem cells do seem to be compromised in their ability to regenerate sperm after a long freezing time,” Whelan says. “But the good news is that sperm can be produced, and they seem to be transcriptionally normal when we examined their RNA.”

The study was conducted in the laboratory of Ralph L. Brinster, the Richard King Mellon Professor of Reproductive Physiology at Penn Vet, a renowned scientist of reproductive biology.

Read the full story about this study in Penn Today 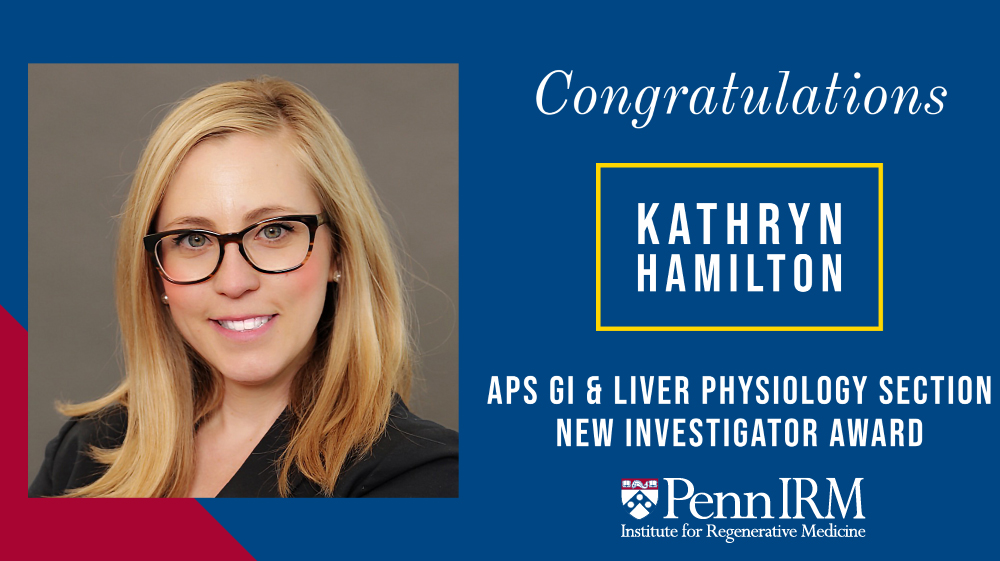 Kathryn (Kate) Hamilton, Assistant Professor of Pediatrics and Co-Director of the Children’s Hospital of Philadelphia’s Gastrointestinal Epithelium Modeling Program, has been awarded the 2022 Gastrointestinal & Liver Physiology Section New Investigator Award by the American Physiological Society (APS)! She accepted the award at this month’s Experimental Biology Annual Meeting in Philadelphia.

Kate’s team studies the role of RNA-binding proteins in regulating epithelial cell fate and function in the gastrointestinal tract. APS recognized her for this award following a competitive selection process based on external nominations from leaders in this field of study.

One protein, Piezo1, is key to marshalling muscle stem cells’ unique shapes and response to injuries, but it is in low supply in those with Duchenne muscular dystrophy, according to a team at the Perelman School of Medicine at the University of Pennsylvania. However, when they re-activated Piezo1, it allowed muscle stem cells in mice to return to their normal, distinctly-shaped states so that they could repair broken down, dystrophic muscles. These findings, published in Science Advances, open the door to potential molecular-level treatments that may slow or even halt the progression of muscular dystrophy.

“We showed that muscle stem cells have a variety of extensions that are used to sense their environment to respond to injuries, all of which is controlled by the protein Piezo1,” said the study’s lead author, Foteini Mourkioti, PhD, an assistant professor of Orthopaedic Surgery. “This is in contrast to previous belief, which considered muscle stem cells to be simply round and dormant in undamaged muscles.”

Read more about this research in Penn Medicine News. 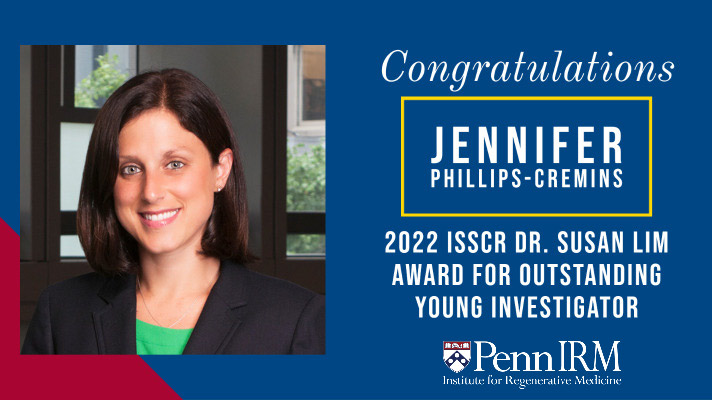 The prize recognizes the exceptional achievements of an investigator in the early part of his or her independent career in stem cell research. Dr. Phillips-Cremins is being recognized for pioneering research toward understanding how chromatin works through long-range mechanisms to govern stem cell differentiation into neurons and neural circuits.

Read more about her work and the Dr. Susan Lim Award on ISSCR’s website.