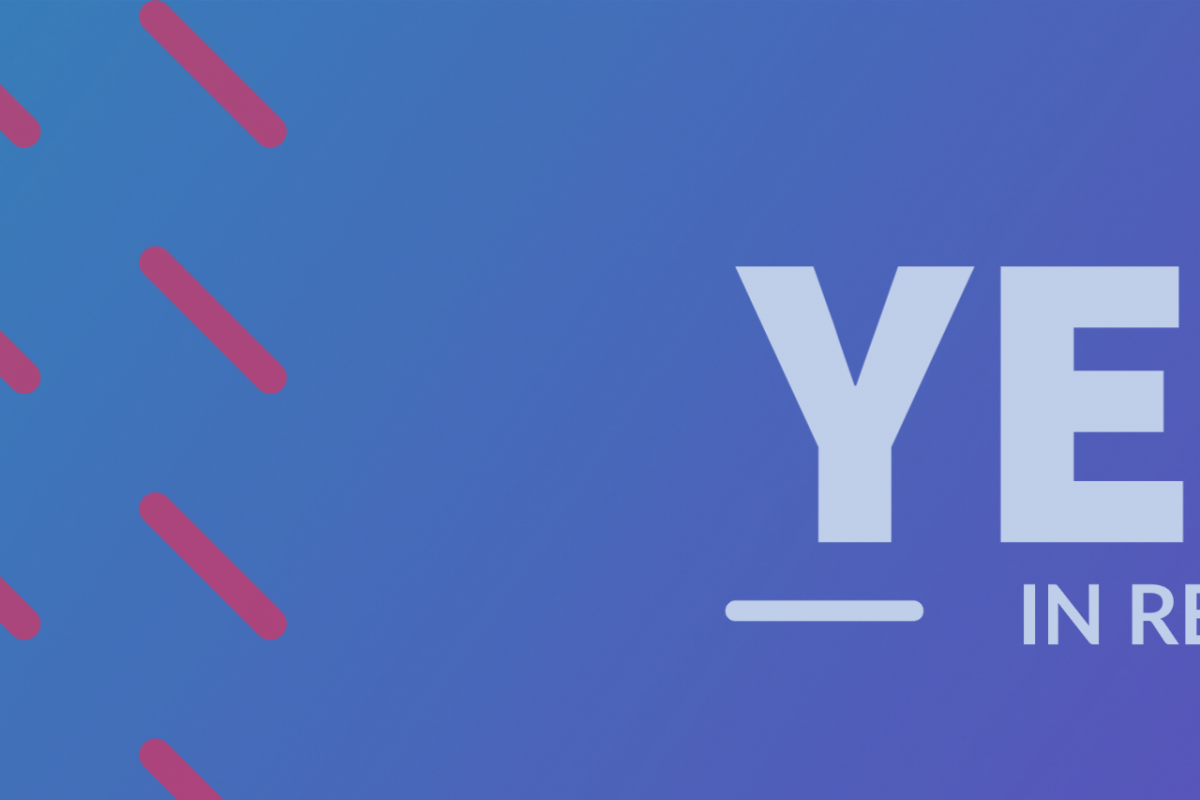 The IRM is excited to present our Jan 2020 – Feb 2021 Year in Review! Given the challenges of the COVID-19 pandemic, we wanted to pause and reflect on the positives that made a difficult year worthwhile. This short report covers all the events, outreach, and exciting new research directions launched recently and looks ahead toward the IRM’s next chapter.

As always, we are grateful to the faculty, students, staff, and donors that support the IRM. More than ever, it is our people that make the Institute a special place for science.

You can view our Year in Review on the web or download a PDF version. 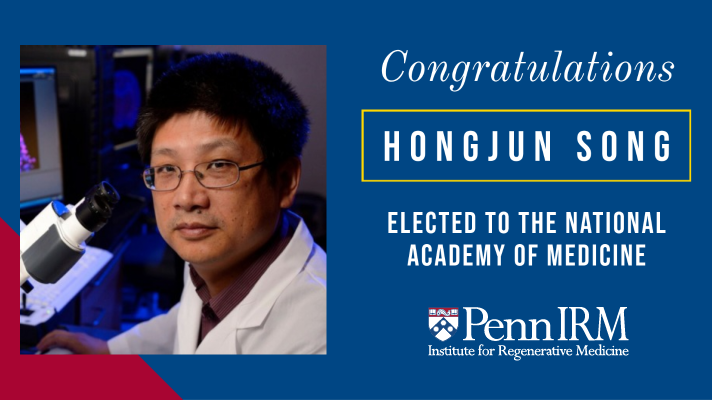 Hongjun Song, Perelman Professor of Neuroscience and co-Director of the IRM’s Neurodevelopment & Regeneration Program, was one of five Penn faculty elected to the National Academy of Medicine (NAM) in 2020. Election to NAM is one of the nation’s highest honors in the fields of health and medicine.

Hongjun was recognized by his peers in the NAM for his research on neural stem cell regulation and neurogenesis. He is also being recognized for his scientific leadership during the Zika outbreak in 2015-2016. During this time, Hongjun and collaborators repurposed brain organoids to test Zika’s ability to infect brain tissue.

Congratulations to Hongjun on this well-deserved honor! Read more about all of the Penn faculty elected this year in Penn Today. 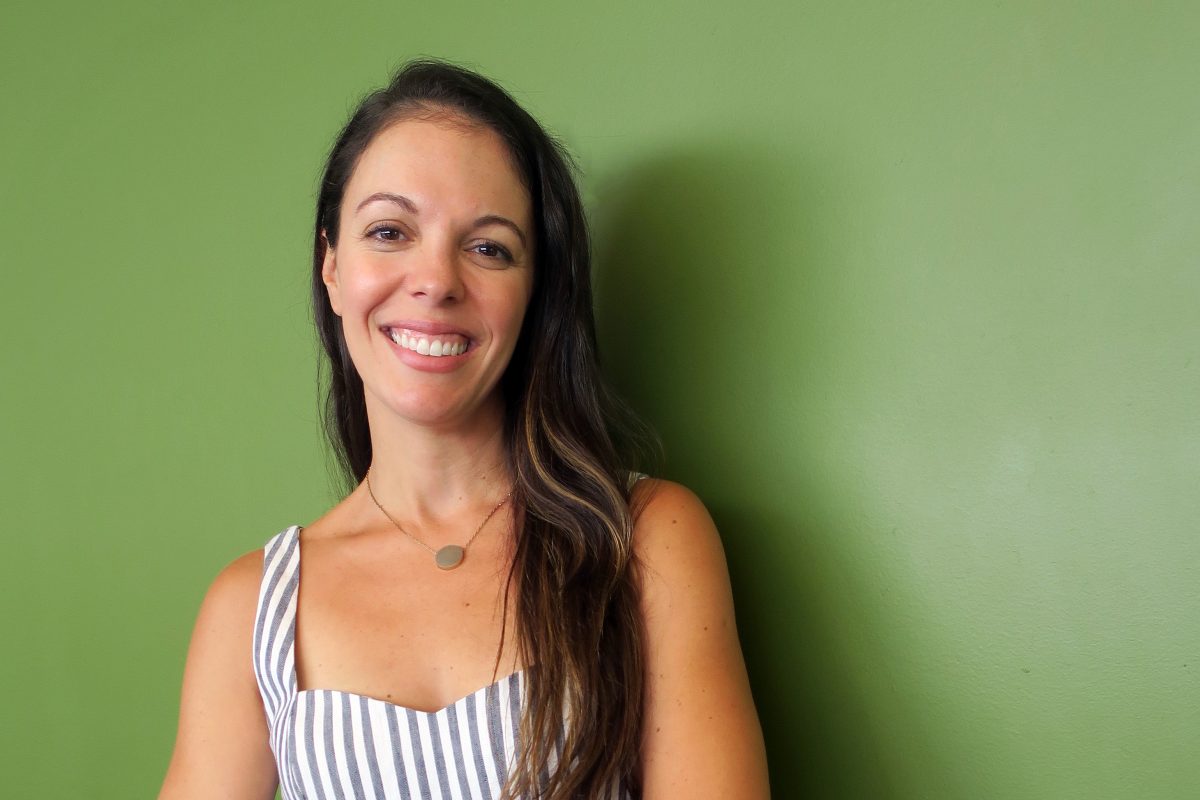 Dr. Jamie Shuda and collaborator Dr. Steven Farber (Carnegie Institution of Washington) have received the 2020 Bruce Alberts Award for Excellence in Science Education from the American Society for Cell Biology (ASCB). The pair was recognized for their partnership in creating Project BioEYES.

The Bruce Alberts Award recognizes innovative and sustained contributions to science education. It prioritizes efforts with a national impact.

Jamie and Steven began working together on Project BioEYES in 2002, launching their program to serve Philadelphia students. Since then, this innovative outreach initiative has reached more than 100,000 students in Baltimore, South Bend, Indiana, and other cities across the country and abroad. In addition to operating BioEYES, Jamie and Steven continue to evaluate its impact on learners. The pair has published several studies focusing on program design and outcomes to aid the larger science education community.

Aside from her collaboration with Steven, Jamie oversees the IRM’s entire portfolio of STEM outreach programs. These programs reach hundreds of children in Philadelphia each year and draw on the combined talents of Penn students, staff, and researchers. 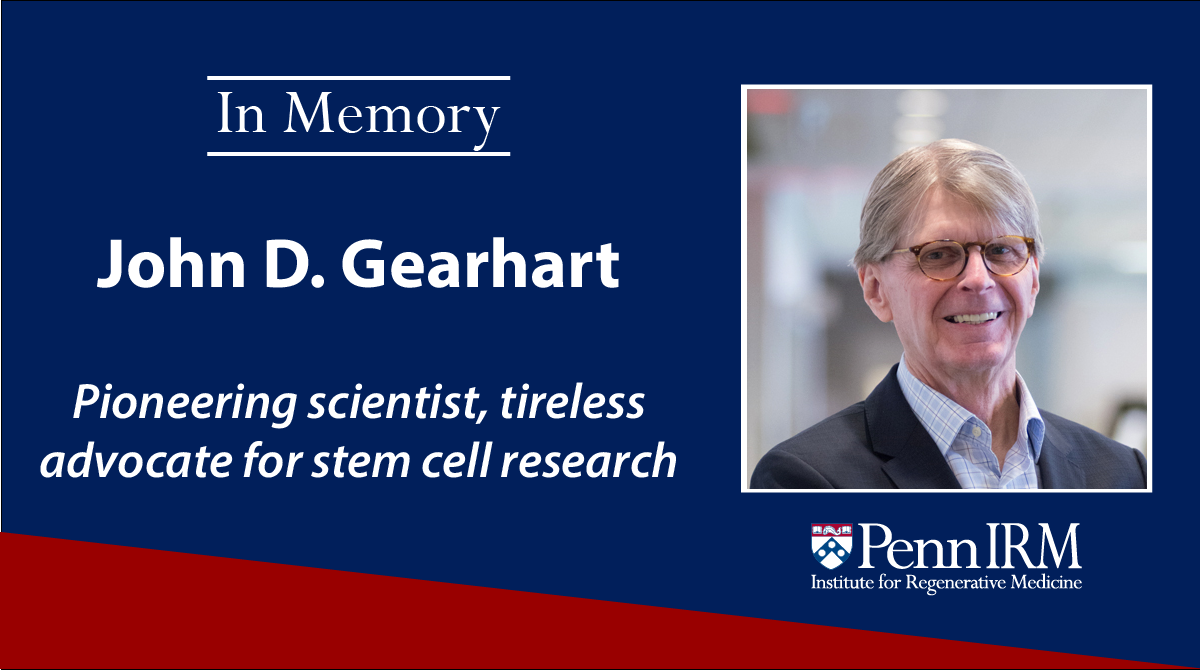 Update (08/13):  A perspective about John’s life and career, authored by IRM Director Ken Zaret and Peter Donovan (UC Irvine), was recently published in Science magazine. The piece can be found on the publication’s website.

On May 27, our colleague and former IRM Director John Gearhart passed away following a long battle with gastric cancer. John was an extremely talented and adventurous scientist, a relentless defender of embryonic stem cell research for the public, and a trusted mentor to the IRM community.

John is best known for leading the research team that first identified and isolated human pluripotent stem cells from primordial germ cells during his time as a Professor at Johns Hopkins. These studies—together with James Thomson’s contemporaneous derivation of pluripotent stem cells from human blastocysts— revolutionized and literally defined what our field could do. Soon after, he became Director of the recently formed IRM, succeeding our co-founders Jon Epstein and Ralph Brinster. I was fortunate to serve as co-Director with John for 5 years and got to know him well.

John’s remarkable scientific achievements were only the beginning of his support for our field. He personally made more than 160 trips to Washington, D.C. to advocate for stem cell research funding. I recall his stories of Congressmen railing against him in public and then approaching him in the hallway afterwards, asking if stem cells could help them or someone in their family. John also never shied away from opportunities to share the importance of stem cell research in the popular press. Though these activities were occasionally risky—John received death threats and needed police protection in the early days of this work—he persevered due to his unwavering confidence in the potential of stem cells.

With one eye always on the future, John strongly promoted efforts to expand the reach of stem cells and regenerative medicine. He was instrumental in founding the International Society for Stem Cell Research (ISSCR), which now serves many thousands of stem cell scientists from around the world. John also ensured that outreach was a core part of the IRM’s mission and championed initiatives to share our science with the public.

We will all miss John Gearhart dearly.